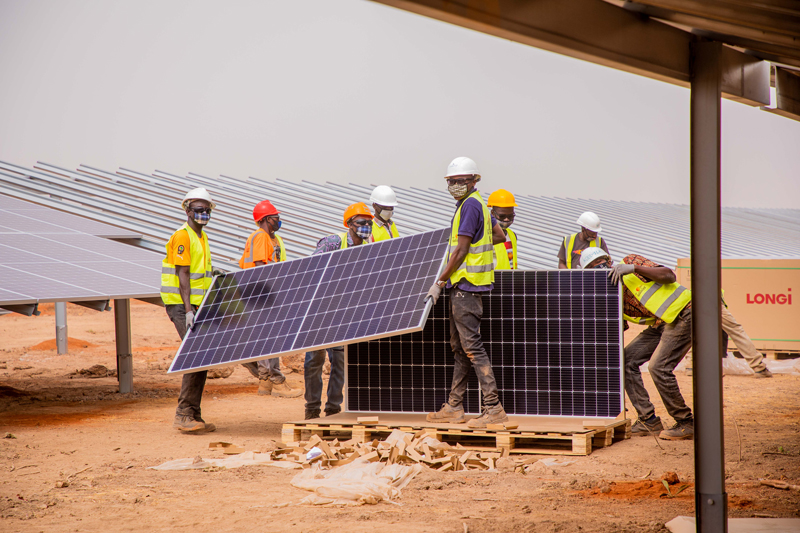 WASHINGTON DC, October 5, 2021 — With one of the lowest electrification rates in the Sub-Saharan Africa (SSA) region (20%, as compared with 48% for SSA overall) and a high level of unmet demand, Burkina Faso is striving to address its energy access challenges and enhance its energy security. The country has abundant sunshine, making solar photovoltaic (PV) a competitive domestic electricity generation option, however expanded use of solar energy is limited due to a lack of public finance to support the industry. As a result, the Government of Burkina Faso has sought private sector investment to finance solar energy generation to increase affordable access to the clean, renewable resource and as a long-term solution in the fight against climate change.

MIGA, a member of the World Bank Group, has issued a guarantee for EUR 4.5 million to GreenYellow SAS, of France, that will cover its equity and quasi-equity investments into Société de Production d’Energie Solaire de Ouagadougou SAS (SPES Ouagadougou) for a period of up to 20 years.

The SPES Ouagadougou project consists of the construction, ownership, operation, and maintenance of a solar PV energy facility that will ultimately produce 30 MWp of power. The electricity output will be sold to Société Nationale d’Electricite du Burkina (“SONABEL”), the Burkinabe state-owned utility, under a 25-year take or pay Power Purchase Agreement (PPA). The PPA will be backstopped by a Public Private Partnership Agreement from the Government of Burkina Faso through the Ministry of Energy and the Ministry of Finance.

“With this solar project, GreenYellow strengthens its positions in Africa and leverages its unique decentralized model to help Burkina Faso substantially reduce its dependency on imported energy, increase the use of clean, climate-friendly renewable energy, and reduce energy cost for the country’s citizens. Political risk insurance from MIGA demonstrates the Group's ability to finance its growth ambitions in promising markets like Burkina-Faso,” said Otmane Hajji, President of GreenYellow.

This project was approved by MIGA’s Board of Directors along with three other solar PV projects that are independent of one another but similar in terms of structure. Collectively, the projects will have a capacity of 102 MWp, and constitute the country’s first round of solar Independent Power Producers. MIGA’s support for these solar projects is considered critical to their realization both by investors and by the government.

Through the Sahel Alliance Initiative, the World Bank Group (WBG) is actively engaged in strengthening institutional capacity and expanding access to renewable energy in the G5 Sahel Countries (Burkina Faso, Chad, Mali, Mauritania, and Niger). This project contributes to the WBG’s efforts to double renewable energy installed capacity and electricity access in the G5 countries over 2018-2023.