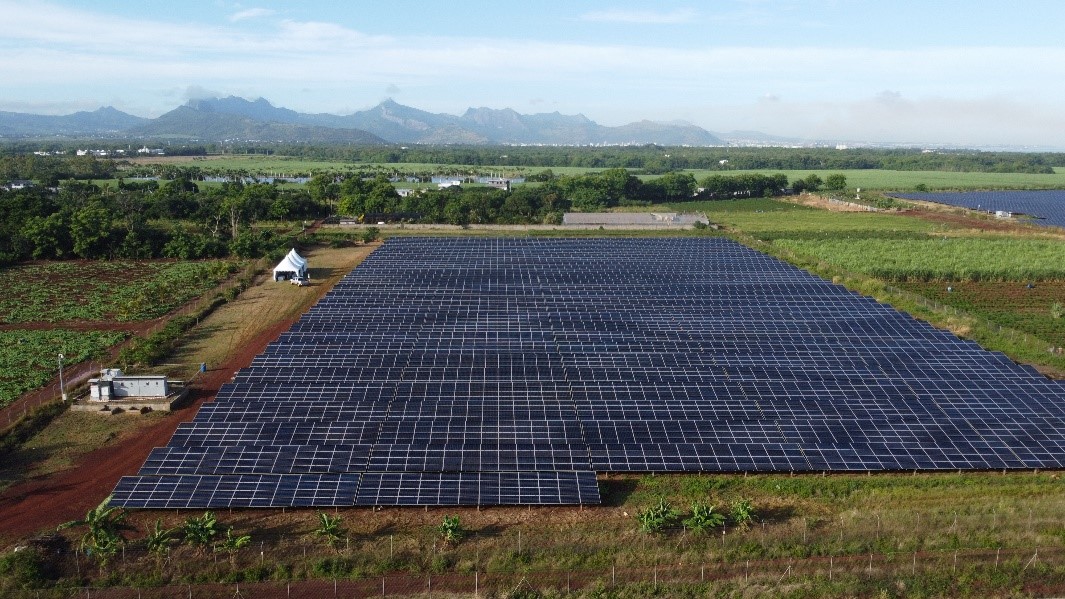 GreenYellow and Mauritius Commercial Bank Ltd (MCB) complete the financing of one of the largest solar power plants in Mauritius for an amount of Rs 350M (~7.5M EUR).

With this partnership, GreenYellow and MCB have the common ambition to accelerate the energy transition of Mauritius by supporting the objectives of the Mauritian government, led by the Central Electricity Board (CEB), in its program to reduce the country's dependence on fossil fuels.

As the leader in photovoltaic production in the Indian Ocean region with more than 100 MWp installed, GreenYellow is strengthening its presence in Mauritius by becoming one of the key contributors to the objectives of green energy production in the Mauritian energy mix, which should reach 60% by 2030.

With this new solar power plant, more than 20 GWh of green energy will be produced each year to power more than 4,500 Mauritian homes. The new facility, which will be commissioned during 2023, will contribute to the reduction of carbon emissions in Mauritius, avoiding the emission of more than 13,000 tons of CO2 per year.

Pierre Marouby, CEO of GreenYellow Indian Ocean, said: "This agreement marks a key step in the Arsenal project. This financing is in line with our model of being a long-term owner and operator of assets. We would like to thank our financial partner MCB for the confidence it has shown in GreenYellow to accelerate the energy transition in Mauritius.

Alain Law Min, CEO, MCB Ltd, said: "MCB is proud to support the development of green energy for Mauritius alongside GreenYellow, a leader in the energy transition in the Indian Ocean. The financing of this new facility reflects our ambition to support the government's objectives in producing clean, local and affordable energy. This financing is in line with our sustainable development strategy, 'Success Beyond Numbers'. We want to be a major player in the country's energy transition.